Show 2.42, “Life, The Universe and Everything (and some movies)” 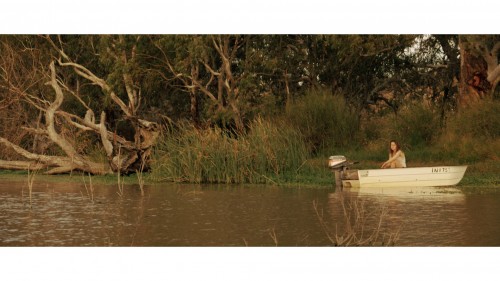 River Water is the debut short film for Writer/director/producer/editor aka ultimate slashie Sarah Jane West. Set in remote Australia landscape beside a river bank it is a coming of age thriller about a girl and her father and her need to escape. Supported by the Helpman Academy and the Flinder Drama Centre, the film was shot with a small crew of 13 at a property on the Murrary River in April 2012.

The project is currently crowdfunding and you can support it here.
Download: Sara Jane West

Ella Mcintyre and Sam Cherry are co-directing their co-written short early next year. “The Champ” is a sports satire about the bizarre world of battle karaoke. Along with chats about Sam’s recent SAWA ACS award for Best Student Cinematography on his honours film “Art insular” and the delightfully titled MRC Encouragement Award for a promising young filmaker.

Pete Ireland is a producer from Sydney his company Opening Acts Films is pretty nifty. He’s also rather lovely. Peter called into the show to chat about his latest production a short doco called “Part One: Love” directed by Tony Radevski about six HIV positive gay men and how that affects their love lives.  We also quizzed about his views on the Aussie Film Industry.