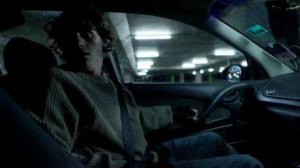 It’s not every day you see a film that takes a serious look at what it’s like to live with a disability. It’s even more rare that the film is a thriller! The film Spine recently won the best Australian Short at The Melbourne International Film Festival (MIFF).

We spoke to director Sophie Miller about what goes into the research and casting of such a film.

One year ago Chrissy and Rebecca spoke to Sophie Hyde, co-director of Closer Productions, about their year-long project 52 Tuesdays, about the journey of a transgendered man. They recently wrapped shooting and Sophie will be speaking to us next week about how the filming went.

In the meantime you can check out last year’s interview in the post for Show 1.21.

There was plenty of local film news this week, from upcoming workshops through the Media Resource Centre and the South Australian Film Corporation, to funding for 23 feature projects announced by Screen Australia. There was also a little bit of rambling, but that’s what happens when you leave me in the studio all by myself… 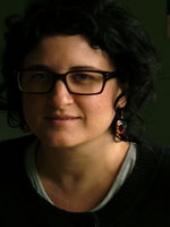 Closer Productions are the Adelaide production company behind Shut Up Little Man!: An Audio Misadventure and Life in Movement – both of which screened at this year’s BigPond Adelaide Film Festival and at festivals all over the world.

Sophie Hyde, co-director of Closer Productions, joined us in the studio to talk about distribution deals, festivals and 52 Tuesdays, their new film endeavour about the journey of a transgendered man.

Big Mamma’s Boy is the brainchild of Frank Lotito. He wrote it. He produced it. He stars in it. He did, however, hand the directing reins over to Franco di Chiera, making his first transition to features. George Kapiniaris (better known as ‘that annoying RAA guy’ in South Australia) lends his comedic talents in a supporting role. But why let me explain it when these three very talented and funny guys were in the studio to explain it for me!